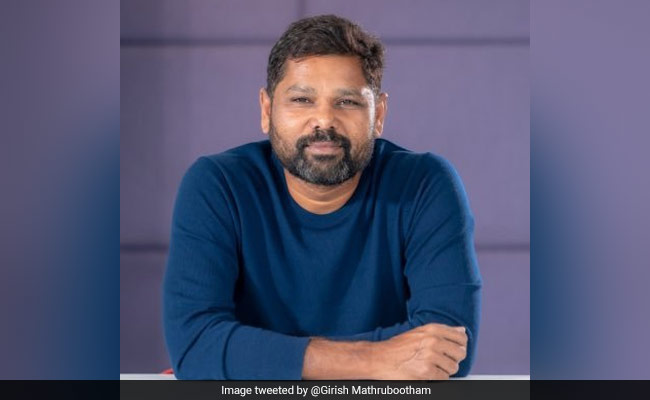 Freshworks started with a small idea for a ‘fresh’ helpdesk in 2010, Girish Mathrubootham said.

New Delhi: From a 700-square-foot Chennai’s warehouse to Silicon Valley, the story of Freshworks is nothing but inspiring. It’s a tale of a company that stayed and earned together. The software company’s founder Girish Mathrubootham believes that “Kudumba is what binds us (culture and company) together.” ‘Kudumba’ means family in Tamil; which is similar to the Sanskrit word ‘Kutumb’.

Freshworks started with a small idea for a ‘fresh’ helpdesk in 2010, Mr Mathrubootham said in a blogpost on Thursday. With 52,500 customers, the company saw its revenue grow in the first six months of 2021 to $169 million, up from $110 million in the first half of 2020. Its net loss shrank to $9.8 million from $57 million from a year ago, according to the company’s filings.

“This was possible because of the dedication and commitment of our employees, customers, partners, and investors to a company that started 11 years ago,” he said.

Freshworks shares rose by 32% after raising $1 billion in an IPO offering priced above a marketed range. The IT company’s shares closed at $47.55 at New York trading time on Wednesday, with a market valuation of around $13 billion.

More than 76% of the employees hold shares in the company, Mr Mathrubootham said in a press conference.

More than 500 employees became crorepatis (millionaires; 1 crore = 10 million) due to the Freshworks IPO and at least 70 of them are below 30 years of age, he added.

Mr Mathrubootham, in an interview with CNBC TV18, summed up the journey of Freshworks by quoting popular dialogue of superstar Rajinikanth. He quoted the opening lines of Rajinikanth’s introduction song from his superhit Tamil movie, Padayappa (released in 1999).

“Singa nadai potu sigarathil yeru. Sigarathai Adainthal vaanathil eru”. This roughly translates into: “Take a lion’s walk and climb the peak. Once you reach the peak, aim and reach the sky.”

After Freshworks got listed, a throwback video of its founder and chief executive officer Mr Mathrubootham shaking a leg onstage took Twitter by storm.

Also Read: Freshworks CEO Girish Mathrubootham Has All The Right Dance Moves, As A Rajini Fan Should

What Freshworks Learned From Steve Jobs

“Freshworks is the company that wasn’t supposed to win. Whether we could differentiate ourselves in crowded markets, or compete with larger players, or build a global SaaS (software as a service) company from India, the doubts were always there. And people were not shy about telling me! Yet, we kept our heads down and focused on executing, focused on our mission. We realized the profound meaning of what Steve Jobs once said, “Stay hungry, stay foolish,” the Freshworks founder said.

In its filings with the US Securities and Exchange Commission, Mr Mathrubootham also liked Freshworks software to the iPhone, saying businesses shouldn’t have to rely on multiple tools to engage with customers.

What’s Next for FreshWorks

“Now, our dream is to be a disruptive player in the CRM (Customer Relationship Management) market by breaking down the silos of marketing, sales, and customer support with an unified customer cloud. And in the future, we dream of breaking the silos of IT and HR, building a unified employee cloud,” Mr Mathrubootham or ‘G’ — as he fondly called — said.

He concluded: “It’s day zero all over again for Freshworks as we start our public journey to build an iconic global software product company.”