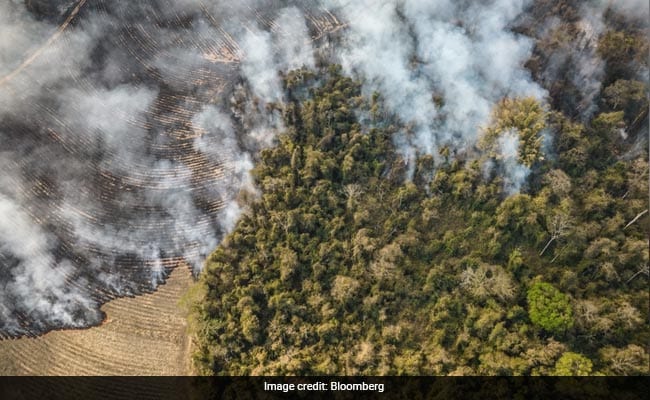 Two levels of warming of 0.5 degrees C and 1 degrees C above pre-industrial temperatures lie in the past.

An initiative called Probable Futures hopes its interactive maps showing how fast the Earth could heat will lead citizens and countries to ask questions about how climate change is transforming their world- a first step in grappling with adaptation and the prevention of ever-worsening conditions.

Spencer Glendon, the 52-year-old founder of Probable Futures and a senior fellow at the Woodwell Climate Research Center in Massachusetts, was investment manager Wellington Management’s research director. He’s always been drawn to issues that could transform financial markets if only people paid attention.

The modern economy is built on a simple and, until recently, correct assumption, that the global climate is stable. The smartest way to treat the Earth’s climate in any risk assessment dating back to the origin of risk assessments was to ignore it. But a changing climate can no longer be ignored, and professionals of every stripe are missing tools to help them think through the implications, Glendon said.

When the past was a more useful indicator of the future, tools like spreadsheets were all most people need to extrapolate, Glendon said. Climate change requires an understanding of natural systems knocked off their rails by greenhouse gas pollution. The Earth has heated up about 1.1degree Celsius since industrialization hotter than it’s been in 125,000 years.

“The stable climate was an assumption that we just took for granted,” he said. “Everything else was built on top of that assumption. For 12,000 years, the climate was essentially stable, so we could look backward at actuarial data and forecast the future.”

What everyone needs a lot more of, he said, are maps.

Working with experts at the Woodwell Center, Probable Futures built a global mapping tool that shows rising risks across several levels of temperature change. Two levels of warming of 0.5 degrees C and 1 degrees C above pre-industrial temperatures already lie in the past. The Probable Futures scenarios step up in half-degree increments to degrees C, a catastrophic amount that’s also a common estimate for the expected warming by 2100 if emissions don’t cease. Scalable maps for precipitation and drought are in the works. The interactive maps were published with a thorough introduction to climate science and Earth system modeling, to explain how the tools work.

Their approach allows users, who might range from financiers to educators, to better understand what happens when natural systems undergo strain. For instance, the maps show that if temperatures rise 2.5 degrees C, much of California’s Sierra Nevada mountain region may go from having no days above 32 degrees C(90degrees F) to as long as a month.

Higher temperatures respect no boundaries, but policies to protect people do. That creates the potential for vast disparities in the ways that neighbors cope with the same heat. Adjacent countries that experience similar changes but live under different governments may face different levels of risk. The annual number of nights in Israel no cooler than 20 degrees C will also engulf Palestine, Egypt, Syria, and Jordan. Higher elevations safeguard Lebanon for a while. The Middle East, northern Africa, and southern and western Asia will experience warming much more dangerous than cooler and richer Europe.

Millions of people are just beginning to grasp climate change, said Alison Smart, the group’s executive director. “We envision Probable Futures as being kind of the first stop, to set that foundation, and help them understand the scope, the scale, the urgency, and, really, the terms that the Earth sets for how we can live.”

As governments and companies build infrastructure for hotter times, everyone must know what conditions be like, and mapping tools may increasingly be seen as necessary public infrastructure. Probable Futures expects to make parts of its tool publicly accessible so that people and organizations can customize maps.

“The need for technical assistance is huge,” Seiger said. “This level of information can be plenty for the kind of decision-making that’s required.”