Malaika Arora and Arjun Kapoor Spotted Together after dinner date | Arjun-Malaika came out of the restaurant hand in hand, hurriedly got into the car 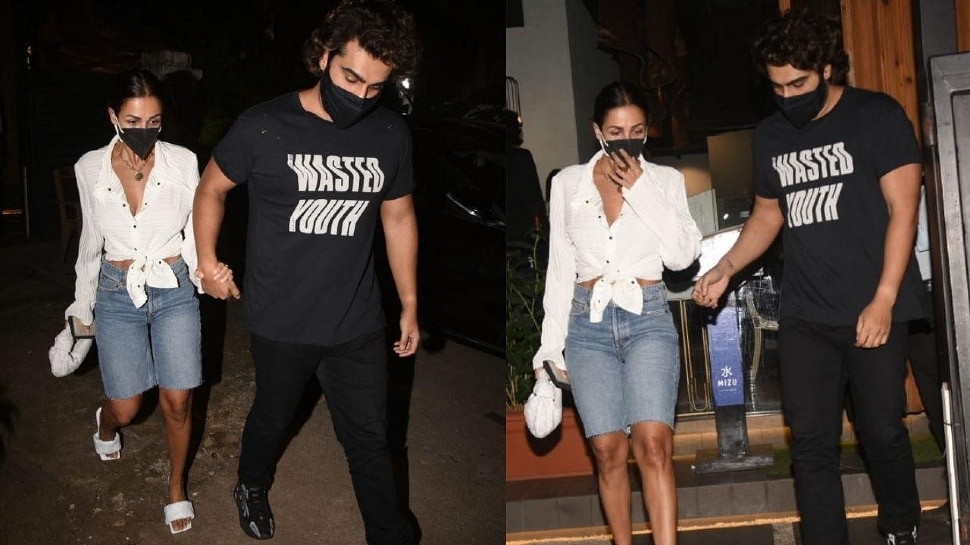 New Delhi: Ever since Arjun Kapoor and Malaika Arora got into a relationship, their news remains in the headlines. Once again this couple was seen together in a very romantic style. Seeing them like this, people could not live without taking their photo and as soon as this photo was taken, it started going viral in the streets of social media.

For a long time, Arjun has been in discussion about his relationship with actress Malaika Arora. Many news about the affair of both keep coming in the media. At the same time, both are often spotted together. Recently Arjun and Malaika have been spotted together again. During this, many pictures and videos of both of them are becoming increasingly viral on social media.

In this video you can see where Arjun Kapoor is seen in an all black look. On the other hand, Malaika Arora has worn blue denim with a white color shirt. At the same time, the message written on Arjun Kapoor’s T-shirt is attracting the attention of the people. ‘Wasted Youth’ means ruined youth is written on Arjun’s shirt. At the same time, many users on social media after seeing this message are trolling Arjan by commenting on it. Both are seen holding each other’s hands. Malaika Arora is with Arjun Kapoor for the last 2 years. Let us tell you that Malaika married Arbaaz Khan, brother of actor Salman Khan in the year 1998. Malaika and Arbaaz got divorced in the year 2017.

Let us tell you that recently Arjun Kapoor’s film ‘Bhoot Police’ has been released. Apart from Arjun Kapoor Films, Yami Gautam, Javed Jaffrey, Jacqueline Fernandez, Rajpal Yadav, Saif Ali Khan are in the lead roles in this film. At the same time, she is busy shooting for ‘Ek Villain 2’.

Urfi Javed Backless Photoshoot Photos Comes Out Asking For Caption and Fans Reacted Like this | Urfi gave this challenge to the people by showing the backless photo, said – if completed, I will give this reward