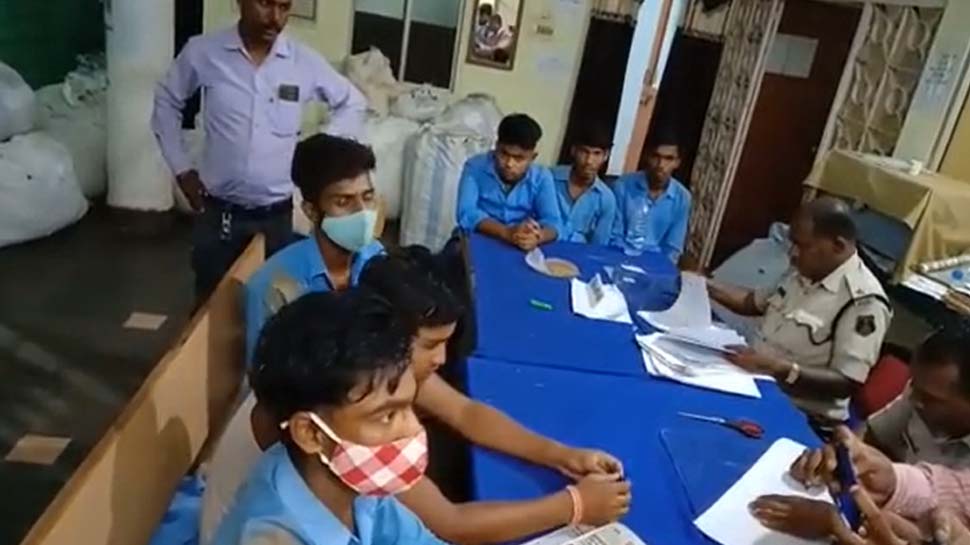 Bilaspur: In the village of Bilaspur Kota, there was a fight between the groups of students. The boys attacked each other with stumps, sticks, iron chains. After this, the students of another village escaped after saving their lives. The students have complained about this to the Kota police station. It is alleged that during the incident the teachers including the principal of the school remained a spectator. He didn’t even try to intervene. The students have also accused the principal of doing caste discrimination.

Congress’s support to Uma Bharti’s statement on prohibition, do not put a leg in BJP’s bid-torn

didn’t even hear our side
Prakash, a resident of village Imlipara in Kota, studies in Kargeikala. He was having a dispute with a group of Kargeikala students for the past few days. Prakash had also informed about this to the school’s principal Ashwani Pandey. It is alleged that even after this the principal did not take any step. After the dispute escalated, a meeting of students was held in the school on Friday, but no solution could be found. The students allege that our side was not even heard.

Principal accused of discrimination
After the meeting all the students came out of the school. During this, youths already sitting ready with bicycle chains, cricket bats, stumps and sticks attacked them. The students alleged that the principal had earlier also favored the students of Kargikala village. The injured students told that the principal always supports a particular caste category and discriminates against us on the basis of caste. Due to which the enthusiasm of the students of the village was high. That’s why they attacked us.

To get rid of son’s drug habit, father hatched a conspiracy to riot, targeted temples!

It is difficult to avoid ‘Dhoni review system’, Mahi’s sharp mind made the batsman like this. Hindi News

echo of Gujarat experiment will be heard far away