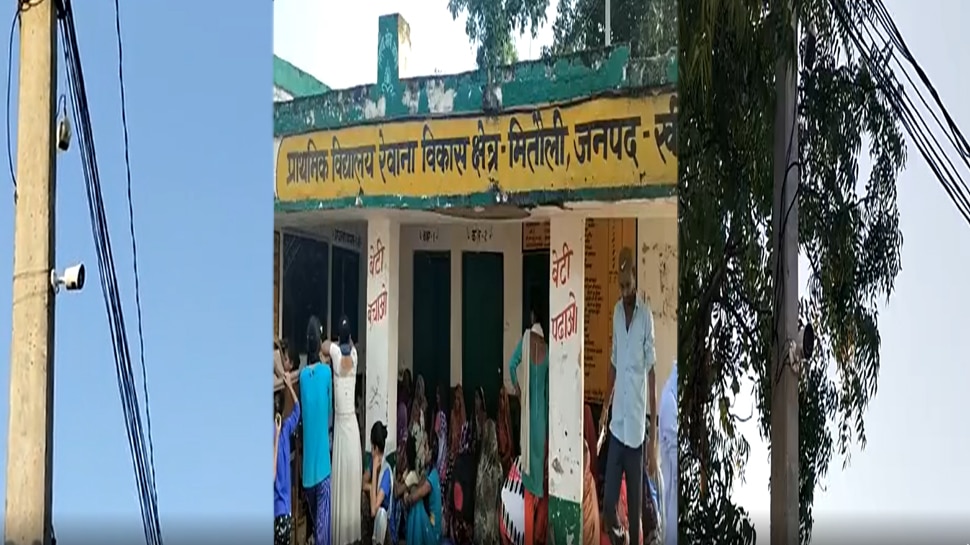 Dilip Mishra/Lakhimpur Kheri: Under the Nari Shakti Mission, many schemes are being run by the government administration, in which keeping in mind the empowerment and security of the women of the village and the village, CCTV cameras are being installed by marking 1-1 villages in 15 blocks of the district. This is not only important for women’s safety but will also help in curbing the incidents of theft in the village.

Along with CCTV, sound system, 100% CC road, Panchayat Ghar, rejuvenation of schools, along with many other works are to be done in these selected villages. are happy. Under this scheme being run by the administration, not only will the confidence of the people be instilled in the people, but with the installation of CCTV, criminals can also be cracked down.

In Mau, Kanungo took two and a half quintals of straw in bribe from the farmer in the name of DM for measuring the field.

Work is also being done to equip every street, every locality, government schools with CCTV in Rewana Gram Panchayat of Mitouli block. Its auto recording for 24 hours is recorded in the monitoring room created by them. Mithilesh Kumari, a resident of the village told that the effort made by the head towards the security of the daughter-in-law of the village is really commendable.

Jaiprakash Nishad lashed out at SP, said – when the government was there, why did not Phoolan Devi remember

At the same time, according to District Magistrate Arvind Chaurasia, out of 15 blocks of the district, 1-1 village is being developed under Smart Village, under which 100% CC Road, the work of painting and painting of schools will be equipped with CCTV sound system. This will not only ensure the safety of women, but will also curb the incidents of theft.

What impact did Kohli’s decision to step down from RCB have? The coach made this big disclosure. Hindi News