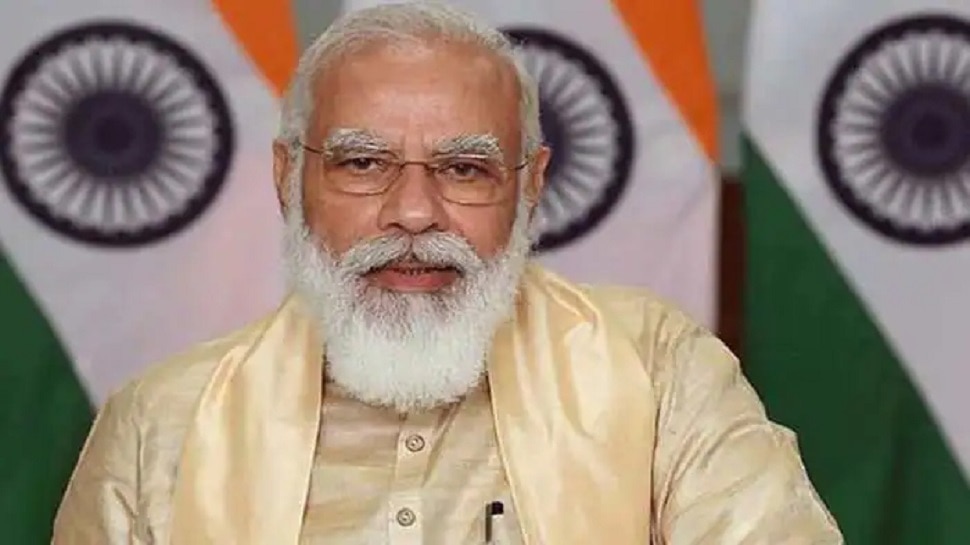 Patna: Bihar Bharatiya Janata Party (BJP) started several programs of service on the occasion of 71st birthday of Prime Minister Narendra Modi. On the occasion of the Prime Minister’s birthday, an exhibition related to his personality and creativity was organized in the state office on Friday and in the evening the Prime Minister was congratulated on his birthday by lighting a lamp. During this, various leaders of the state BJP reached the temple and wished for the long life of the PM.

Cultural program organized
A cultural program was organized at the BJP’s state headquarters on the occasion of PM Modi’s birthday. An exhibition related to the personality and creativity of the Prime Minister was organized in the Atal Bihari Vajpayee auditorium in the state office, which was inaugurated by State President Sanjay Jaiswal. In this exhibition his journey from childhood till now was shown. To make people aware of the work done by PM, this exhibition was also broadcast in digital format on NaMo App.

The Prime Minister’s figure was engraved through sand art by the BJP Art Culture Cell. Apart from this, NaMo Tea Stall was also installed. In the evening, the Prime Minister was congratulated on his birthday by celebrating Deepotsav in the state office.

Mangal Pandey-Shahnawaz Hussain prayed for PM’s well being
Here, many leaders visited the temple on the birthday of Prime Minister Narendra Modi and prayed for his long life. State Health Minister Mangal Pandey reached the famous Hanuman temple in Patna to pray for the PM’s good health and long life, while the state’s Industries Minister Shahnawaz Hussain visited Alampur in Patna City. Offered a sheet in the raw dargah and prayed for the well being of the Prime Minister.

The campaign will continue till October 7
At the same time, former Union Minister and BJP leader Ram Kripal Yadav offered prayers at Biteshwarnath temple in Bihta and prayed for the prime minister’s long life. Service and dedication campaigns were also started in other district headquarters of the state. This campaign will continue till October 7.