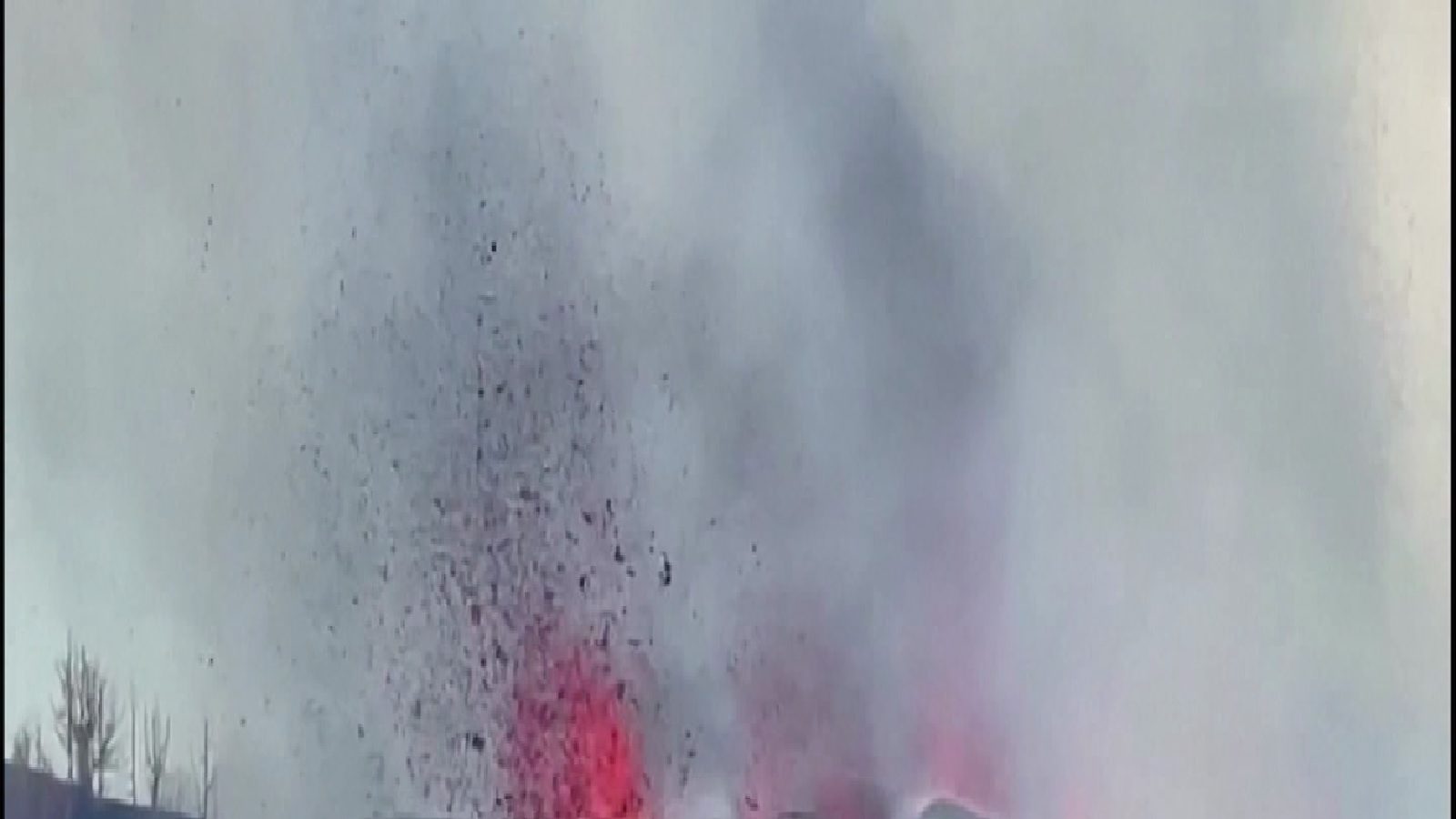 Madrid. A volcano erupted in Spain on Sunday. Scientists told that the volcano on the Atlantic island of La Palma has started to erupt. Black and white smoke is rising from the Cumbre Vieja volcanic ridge, according to visuals shown by Spanish state broadcaster TVE. Earthquake News was also felt soon after this. Spanish authorities have started evacuating people from the Atlantic island of La Palma.

The Canary Islands Volcanology Institute has also reported an eruption of the volcano. Experts had warned of a strong earthquake and the danger of an eruption in the volcano. Earlier, government experts had said that the explosion was not imminent. The risk of an earthquake has increased near the surface of the island. This island is part of the Canary Islands. Authorities have ordered evacuation of people from villages located near the epicenter of seismic activity as a precautionary measure.

3.8 magnitude earthquake also occurred
An earthquake of magnitude 3.8 struck on Sunday and tremors of seismic activity were felt on the surface. The Scientific Committee of the Volcano Risk Prevention Plan said that there could be more strong earthquakes, which could damage buildings. A committee of scientific experts has said that a part of the southwest coast of the Atlantic island is expected to fall under rocks from the mountains. The last time this volcano erupted was in 1971.

The scary eye of the volcano is present 10 thousand feet below in the Indian Ocean, did you see?

Volcano erupted in Indonesia too
Earlier last month, Mount Merapi, Indonesia’s most active volcano, erupted. Due to which the densely populated island of Java was covered with smoke and ash, and lava started falling on the respective slopes and gases also started leaking. Hanik Humeda, head of Yogyakarta’s Volcanology and Geological Center, said that Mount Merapi has so far erupted at least seven times of hot ash. Apart from this, pyroclastic material consisting of a mixture of rocks, debris, lava and gases also started flowing from the volcano. (agency input)

Man asked parents to go out of his life after they secretly DNA tested his baby| Parents doing something like this in doubt, son broke all relations; Pain expressed on social media

PM Kisan latest news if you want to get rs 4000 then do registration by 30 september PM Kisan | PM Kisan: Last chance to get Rs 4000 under PM Kisan! Hurry up registration, last date is near

Shilpa Shetty post after raj kundra bail is confusing audience | Shilpa Shetty did such a post as soon as she got the news of her husband coming out of jail, people got confused

Man asked parents to go out of his life after they secretly DNA tested his baby| Parents doing something like this in doubt, son broke all relations; Pain expressed on social media