Naseeruddin Shah ko gussa kyun aata hai? Plenty of reasons. In no particular order, his pet peeves include the hypocrisy of parallel cinema, mediocrity in Hindi films, Bollywood’s sycophancy towards the powers-that-be, a tense communal climate, the Taliban’s rise, Anupam Kher and Virat Kohli. Shah, who was hospitalised with a bout of pneumonia earlier this year, certainly knows how to cook up a storm.

In better spirits now, the 71-year-old thespian has gone out on a limb to reflect on the central issues of the day, both relating to his own industry and the nation at large. In a controversial interview recently that grabbed headlines for all the wrong reasons, he suggested — in characteristic Naseer fashion — that the three Khans are afraid to speak out on social and political issues perhaps because “they have much to lose” and went so far as to claim that some filmmakers are being encouraged by the ruling establishment to make pro-government films. This came on the heels of his viral video warning to fellow Indian Muslims about the grave dangers of celebrating Taliban’s return to power in Afghanistan. Before that, in these very pages, he declared to the chagrin of mourning Dilip Kumar devotees that the Bollywood legend “left behind no significant lessons for future actors.”

Silver-haired and a deep voice to boot, Naseeruddin Shah has a history of taking a provocative stance. He dubbed old chum Anupam Kher a “clown” (it was uncalled for) and the much younger Kangana Ranaut “half-educated starlet” though later clarifying that he didn’t name her. He mocked Rajesh Khanna as a “limited actor,” only to express regret for having said so and slammed Farhan Akhtar’s performance in Bhaag Milkha Bhaag as “fake.” Last year, he admitted in an India Today conclave that he admired Vijay Anand “more than I admire Guru Dutt.” Even the venerable parallel cinema that gave Shah a break and sustained him has not been spared by his blistering polemics.

“The record of these filmmakers speaks for itself,” he told The Quint. “You can go back and study the work of several filmmakers who began in the early 70s. There are very few exceptions, Mrinal Sen being one of them, Shyam Benegal being another. I’m hard pressed to think of a third name.” With due respect to Shah, what about the long list of such notables as Govind Nihalani, Saeed Akhtar Mirza, Gulzar, Sai Paranjape, Mani Kaul, Ketan Mehta? Many would have an argument with that in the sense that by snubbing the giants of the parallel cinema Shah, who was launched by the movement’s mascot Shyam Benegal in Nishant in 1975, could be biting the very hand that fed him. By now, we know that this wise man of the movies (or the stage, as far as his own preference goes) likes nothing more than speaking his mind and staying unabashedly true to who he is — even if on occasion, his political statements end up costing him a few friends or making him unpopular. Love him, hate him, ignore him. But no one can deny this: Shah has never lacked courage.

Since the rise of the BJP government, the intellectual discourse has been caught in the jaws of divide. Cultural wars have heated up with so-called liberal voices like Naseeruddin Shah’s finding themselves in the minority at best and being vilified at worst. After years of being on the ascendent, this must feel like an affront to the Left and a pyrrhic victory to the Right though it might be useful to point out that Shah has never identified himself as being in the Left.

He has strong opinions, like any typical AMU-educated elite or FTII-NSD wonk and he isnt afraid to express it. It would have been easy to dismiss Shah’s loud protests as the mutterings of an old crank if only he weren’t among Hindi cinema’s — probably India’s — most admired actors with over 200 titles to his filmography. What makes him a voice of reason in a sea of ​​celebrity outrage is that he doesn’t owe allegiance to any political party or ideology. In the age of Kangana Ranaut and Swara Bhasker who have made a brand out of being a firebrand, Shah stands out for his distinctive interventions without appearing to be overdoing it.

Take Ranaut’s clash with Bollywood’s high and mighty. The Queen star was initially praised as an outsider taking on the exploitative and nepotistic industry. But soon, her sassy courage that had given her the confidence to be so politically outspoken started to reveal itself as mere propaganda. Though her periodic pronouncements still receive media attention, probably the public has lost trust in her capacity to be fully apolitical. Unlike some of his colleagues, Shah is a devil with no agenda. He isn’t an activist. You don’t see him sitting in dharnas or leading marches. In other words, he appears to have no political ambition. That’s why his timing for making these comments can’t be questioned because neither is he promoting a movie nor currying favor for a political post.

And he’s not your friendly and professional talking head either. What he seems to be is a lone voice, backed by no one except perhaps his own conscience. If celebrities like Javed Akhtar, Shabana Azmi, Jaya Bachchan, Anupam Kher, Hema Malini, Swara Bhasker and Urmila Matondkar show solidarity to a particular social or humanitarian cause there’s always the risk that people will think it has some political end. That’s not the case with Shah. He has stayed clear of politics which makes him something of a non-partisan player. Wish one could tenderly call him an “older statesman” of the entertainment industry but that would be pushing it because that’s a moniker he might reject himself outright. 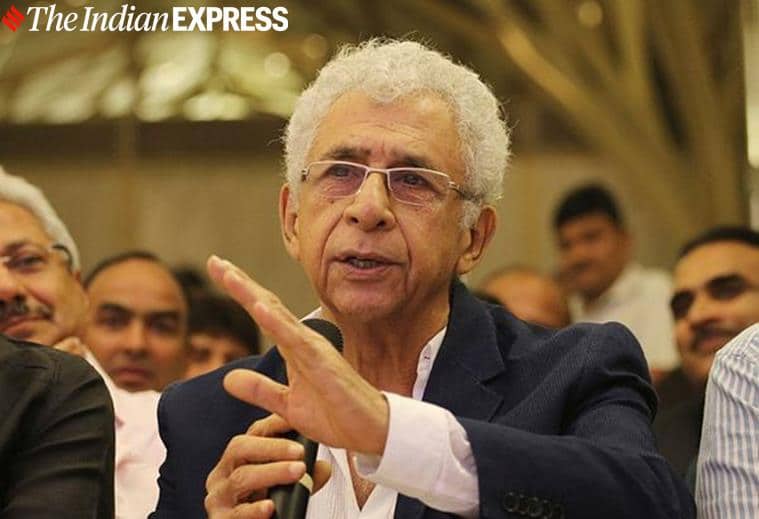 Naseeruddin Shah has strong opinions, and he is not afraid to express it. (Photo: Express Archive)

Man from the Meaningful Cinema

The political consciousness is not new for Shah. Political and social engagement has informed his best works, particularly his masterpieces from the parallel cinema movement. These films were driven by a powerful message about equality, socialism and free speech. Indeed, one reason you might expect somebody of Shah’s stature to speak out against political issues of his age is due to his association with the kind of socially meaningful cinema that he and his cohorts championed way back in the 1970s and 80s. Soaked in gritty realism and well-intentioned fervour, the parallel cinema was suffused with a poetic hope that someday the world might be a better place to live in. In sharp contrast to Bollywood’s big budgets, it had big ambitions and a big heart. If we take Shah seriously at all today it may be because of his highly-regarded body of work pertaining to this golden period of Hindi cinema. These include Sparsh, Albert Pinto Ko Gussa Kyoon Aata Hai, Ijaazat, Junoon, Jaane Bhi Do Yaaro, Mandi, Paar, Mirch Masala and many others. 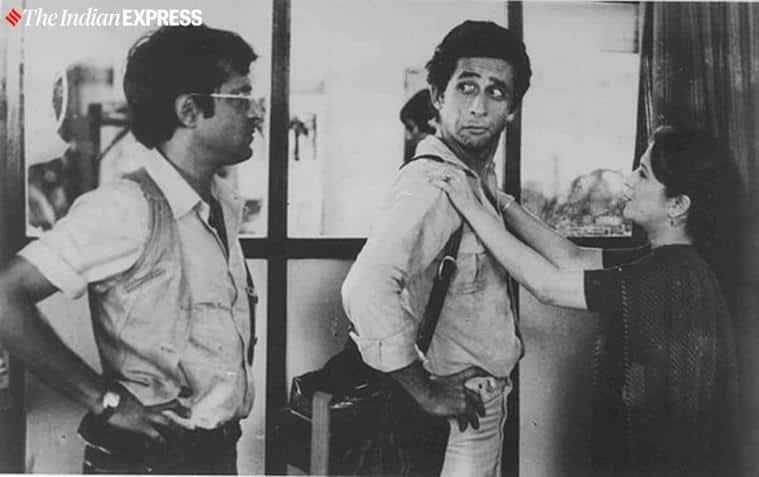 That said, nobody would have any qualms in saying that Shah’s career has not been entirely without reproach. Even his most diehard fans would agree that in the past decade or so, his Hindi cinema outings have been largely uneventful and nowhere near the class of his earlier hits. On one hand, he has won occasional brownie points in a Finding Fanny and Iqbal here and A Wednesday and Ishqiya there. On the other you see him in films like Ramprasad Ki Tehrvi where this most garlanded of actors was reduced to a garlanded photo frame and The Tashkent Files which makes you question whether Naseeruddin Shah has lost faith in cinema. It was the inimitable Shabana Azmi who lambasted him by saying (this was in retaliation to Shah’s jibes at Farhan Akhtar’s acting prowess in Bhaag Milkha Bhaag): “Naseer should focus on the quality of his own work. After doing Jackpot he is in no position to pass judgment on any film…”

In his entertainingly frank memoir And Then One Day, Shah admits that he was born to act. Given his recent war of words, guess ‘born to react’ would quite cut it!