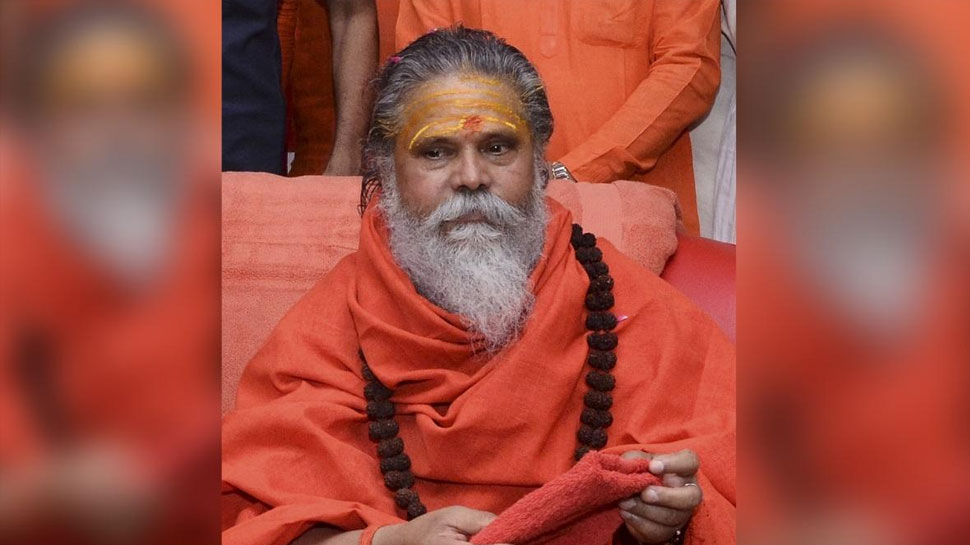 Prayagraj: Mahant of Niranjani Akhara and All India Akhara Parishad (Akhada ParishadThe mystery of the death of its president Mahant Narendra Giri under suspicious circumstances is getting complicated. Many revelations are being made one after the other regarding this whole matter. His body was found hanging from the room of the Baghambri Math in Prayagraj, Uttar Pradesh. In the suicide note found near the dead body, disciple Anand Giri (Anand Giri) were the names of many people. In the suicide note found from Mahant’s room, it is written that he was being threatened to make the photo viral with the girl.

What’s in the suicide note?

Many shocking things have been written in the suicide note found after the death of Mahant Narendra Giri. It is clearly written that he wanted to commit suicide on 13th September, but could not dare. The special thing is that the letter which was received by the police was written on 13th only, later on 20th September after cutting the date. Narendra Giri had written the names of those responsible for the death 5 times in this suicide note. Among them, the names of many people including the most suspicious person Anand Giri, Aadya Tiwari, Sandeep Tiwari are included.

1. There were three papers ie there is a total of 12 pages of suicide note. A suicide note has been written on the letter pad of President Shri Math Baghambri.

2. I am going to commit suicide very sad

3. I am very sad, the responsibility of my death rests with Anand Giri, Aadhya Tiwari and Sandeep Tiwari

4. Prayagraj police are requested to take legal action against these three, so that my soul may rest in peace

5. Mahant Narendra Giri wrote that he was trying to commit suicide on September 13, but could not dare

6. Mahant Narendra Giri wrote that information was received in Haridwar that Anand Giri made the photo viral by putting my photo while doing some wrong thing from mobile through computer. I thought, to whom will I give cleanliness, it will be a slander. That’s why I am going to commit suicide. Anand Giri, Aadhya Tiwari, Sandeep Tiwari will be responsible for my death

7. Mahant Narendra Giri wrote that Anand Giri had made untrue, false, fabricated allegations. Since then I have been living under mental pressure

8. Mahant wrote that whenever I live in solitude, I wish to die, these three betrayed me, I am writing everything in my senses, there is no pressure on me. All three tried to kill me. Made fabricated allegations against my character in social media Facebook, newspaper. I’m going to die. I will tell the truth, I have nothing to do with home. I did not give a single penny at home. I invested every penny in the temple and the monastery. In 2004, I became the Mahant, before 2004, all the devotees know the development of the monastery and the temple.

9. Whatever allegation made by Anand Giri brought a bad name to me and the Math temple. I am very hurt, I am going to commit suicide. The entire responsibility of my death will be of Anand Giri, Aadya Prasad Tiwari who is the priest of the temple, Aadya Prasad’s son Sandeep Tiwari.

10. I have always lived with dignity in the society, but Anand Giri defamed me in a wrong way.

11. My last wish is that my samadhi place should be placed on the throne next to the lemon tree next to Guruji.

12. Dear Balveer, Om Namo Narayan. Trying to keep the arrangement of the monastery-temple going on like I did

15. Mahant Ravindra you always supported me, support Balveer after my death

16. My last wish is that Dhananjay hand over the key of my room to Balveer Giri ji

17. Aditya Mishra and Shailendra Singh have to ask for Rs 25 lakh each from real estate

18. The suicide note also bears the signature in the name of Mahant Narendra Giri.

19. Balveer ji, take care of my disciples. Manish Shukla, Abhishek Mishra and Shivank Mishra are very dear to me. Sumit Tiwari helped me during the Corona period. The garland was given to Sumit Tiwari, a flower shop in the temple. Manish Shukla has been given a laddu shop.