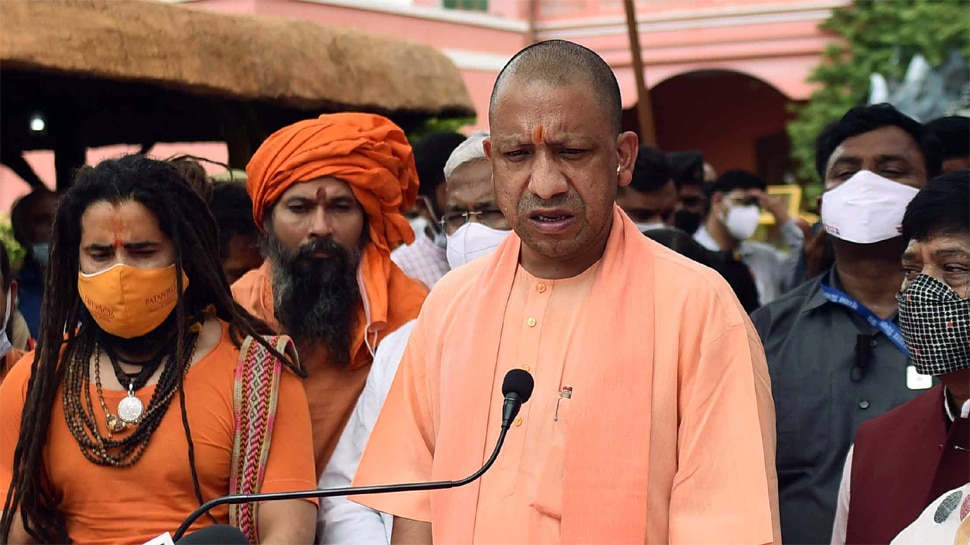 Lucknow: Political debate is going on in Uttar Pradesh regarding the population control law and people are also speculating about it. Meanwhile, Chief Minister Yogi Adityanath, while answering a question related to the population law, said that when will this law come in UP.

Ordinance will come before UP elections?

CM Yogi was asked whether the government would bring a population control ordinance before the assembly elections. Responding to this, CM Yogi said that ‘there is a time for everything, you people used to say that the temple will be built there, will not tell the date, but the construction of the temple has started. Right now we have a challenge to control maternal mortality rate and infant mortality rate.

The Chief Minister said that the government has started a massive campaign for this under the population policy and if anything happens in future, the media will be the first to know. We do not do any work secretly, which will be done by playing the drums. Will inform when the right time comes.

Last July, a draft bill on population control was uploaded on the website of the Uttar Pradesh Law Commission, in which suggestions were sought from the public by the 19th of the month. According to the draft, people with more than two children in Uttar Pradesh will be barred from contesting local body elections, applying for government jobs or receiving any subsidy.

claimed to return to power

Regarding the upcoming assembly elections, Yogi Adityanath said that BJP is forming the government in Uttar Pradesh with a huge majority and we are coming after getting more than 350 seats. On the question of BJP changing Chief Ministers in many states, but Yogi’s survival in Uttar Pradesh was linked to his strength, the Chief Minister said, ‘It is not a matter of courage, it is the values ​​and principles of the party. It is a matter of and the responsibility given by the party to the worker, he will fulfill it.

On allegations that BJP benefits from contesting elections for Asaduddin Owaisi’s party in UP, CM Yogi said that everyone has the right to contest elections and no one can be stopped from this. He said that all the parties have their own agenda and the decision is taken by the people. When asked about the use of the word ‘Abbajan’, he said that what is irritating in it. He said that people want the votes of Muslims but they are avoiding ‘Abba Jaan’.