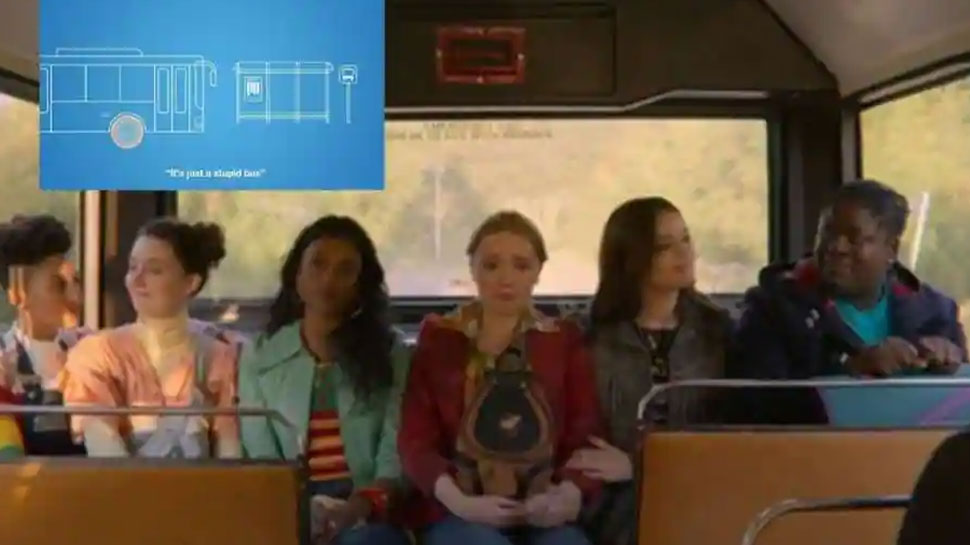 New Delhi: Controversy has arisen over an advertisement related to Netflix’s Sex Education. Netizens did not like such use of ‘bus scene’ in the name of making people aware. Describing the ‘Bus Scene’ filmed in the name of selling the product as unnecessary, people have taken a jibe at the condom manufacturing company. At the same time, it has also been termed as insensitive attitude of the company.

What was the matter?

People who are fond of OTT wait to watch the web series of their choice. In the Netflix series, Durex had to face criticism when he followed the scene filmed on the young man in the bus. In fact, when the company linked this advertisement to the fear factor of a girl who had faced sexual harassment, people got angry.

This much-loved ‘bus scene’ was shown in the 7th episode of Sex Education Season 2 on Netflix. In that scene the character played by actress Aimee Lou Wood was shown dealing with the trauma of sexual assault. After that incident, Amy is afraid to travel in the bus remembering her boyfriend’s touch.

Also read- ‘Iron Man’ actress found such a way to see private parts, you will be shocked to know

Ad removed due to controversy

However, when it came out, it went far. As the controversy escalated, the company withdrew its controversial ad. You can also see the reactions related to this

@DurexIndia This. Also, before reclaiming and empowerment came the premise of sexual abuse. You seem to have forgotten that aspect and stuck a picture of your condoms on. I wish this ad was “Invisible”. Ugh. https://t.co/uBl74ZtW9v

Ridiculously insensitive, and unintelligent. Fire the team that made & approved this ad, @DurexIndia. Absolutely shameful. https://t.co/ypDZF5pHLL