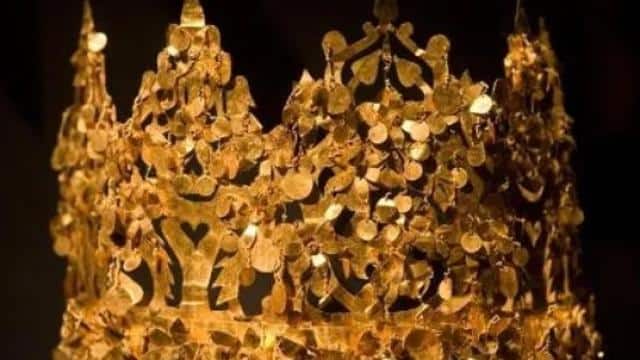 The Taliban, who returned to power in Afghanistan after 20 years, are now worried about where the Bactrian gold treasure is. According to the report, the Taliban has now started a search operation to secure the 2000-year-old Bactrian gold treasure. The Taliban’s Ministry of Information and Culture said they had begun efforts to track down and locate the Bactrian treasure. The Bactrian treasure, also known as Bactrian gold, was discovered four decades ago in the Tela Tapa area of ​​the Sherbergen district, which is the center of the northern Jawjjan province.

Ahmadullah Wasik, deputy head of the Cultural Commission of the Taliban’s interim cabinet, said he had assigned relevant departments the task of finding and investigating the Bactrian treasure, Tolo News reported. He said that the investigation is going on in this matter and we will collect information to know where exactly the treasure is. If it is taken out of Afghanistan then it is treason. If this treasure and other antiquities are taken out of the country, then the government of Afghanistan will take serious action.

According to National Geographic, the Bactrian treasure contains thousands of gold pieces from around the ancient world and was found inside six tombs from the 1st century BC to the 1st century AD. These tombs contained more than 20,000 objects, including gold rings, coins, weapons, earrings, bracelets, necklaces, arms, and crowns. In addition to gold, many of these were crafted from precious stones such as turquoise, carnelian and lapis lazuli.

According to National Geographic, scholars believe that the tombs belonged to six wealthy Asian nomads, five of whom were female and one male. National Geographic said in 2016 that the 2,000-year-old artifacts found with them displayed a rare mix of aesthetic influences (from Persian to Classical Greek) and a large number of precious objects, notably the intricate golden crown found in the Sixth Tomb. The archaeologists were taken by surprise.

The Bactrian treasure, an important asset of Afghanistan, was brought to the Rashtrapati Bhavan by the former government in February 2021 and displayed to the public. However, concerns were raised about its security after the fall of the Ghani government.

Tolo News reported that Wasik has said that whatever contract has been signed with the international community on the protection of ancient and historical monuments, it will remain in place. According to Tolo News, Wasik also said that his assessment shows that objects from the National Museum, the National Collection and the National Gallery and other historical and ancient monuments are safe in their places.

Residents of Kabul told Tolo News that the Bactrian treasure is a national asset and should be protected. Hashmat said that why they were sent out, it should remain in our country. This prized collection has been displayed in 13 countries over the past 13 years. More about Indian culture India Gate front – Delhi Picture.

Organic Molecules Responsible For Life On Earth Are Presented In Galaxy 100 Times More Than Previously Thought: Molecules giving life to Earth are spread throughout space, are they giving birth to aliens too?