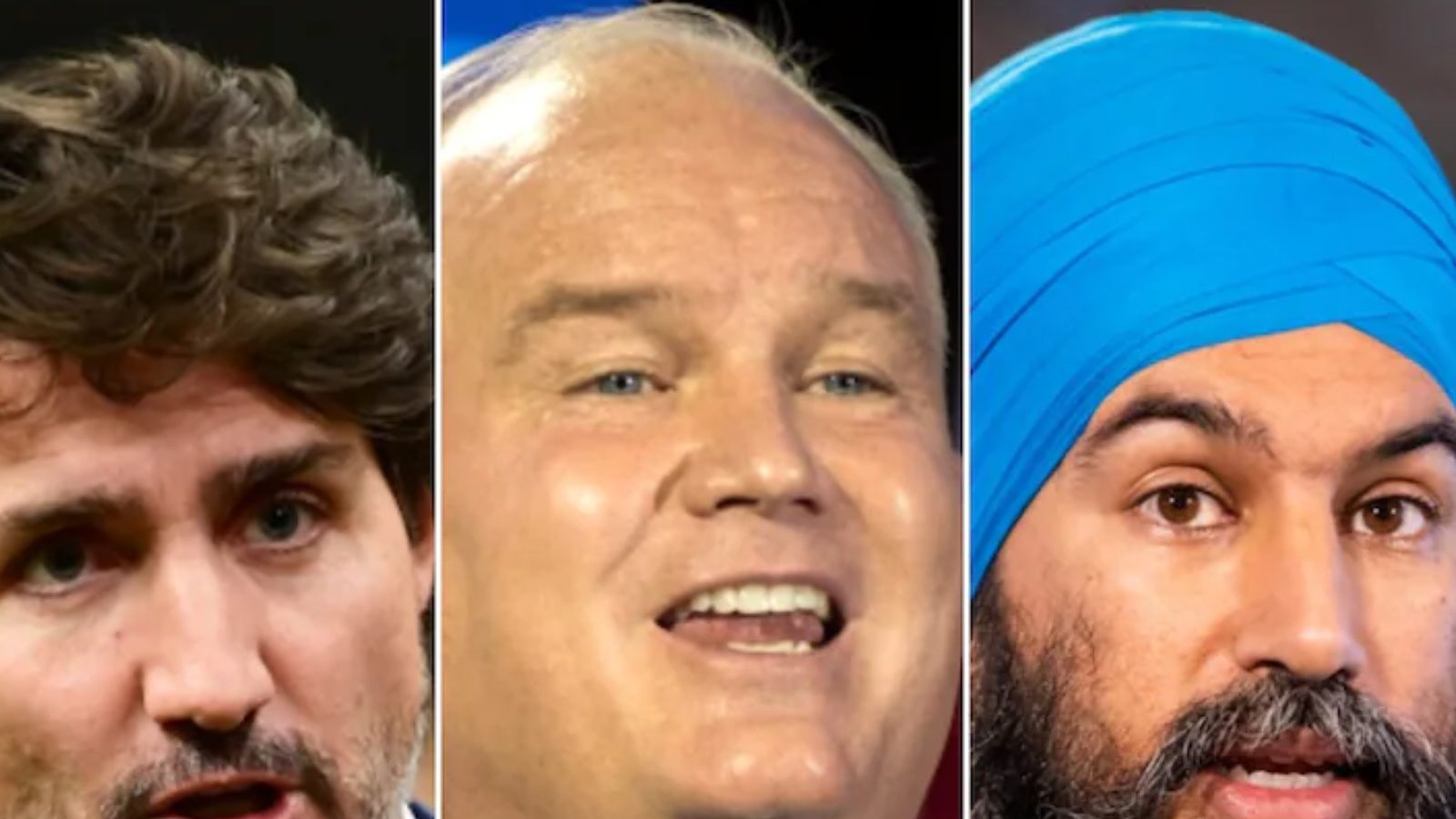 Toronto. Voting for the mid-term election is to be held in Canada on 20 September. According to the trends of the new survey, there is a direct contest between the current Canadian Prime Minister Justin Trudeau and his Conservative Party rival. The Conservative’s Erin O’Toole received 33% of the vote, according to the latest Sandez Leger poll results, while Trudeau of the Liberal Party received 32% of the vote. But the real power will be seen on the 20th. The major parties contesting in this election are the Liberal Party, the Conservative Party, the Green Party, the New Democratic Party and the Bloc Québécois. The head of the New Democratic Party is Jagmeet Singh of Indian origin.

According to the report, the Liberal Party did not perform well in the 2019 elections. Last time he had secured 157 seats, but fell short of the majority mark of 170, then Jagmeet Singh’s New Democratic Party supported him and gave him a chance to form the government.

People of Indian origin will decide – who will be the PM of Canada?
Jagmeet Singh, the leader of Canada, comes from the Sikh community. He is the first minority leader to head a federal political party in Canada. He believes that in this election also a minority government will come to power, as was seen in four out of the last six elections. In such a situation, smaller parties will decide who will be the next Prime Minister of Canada.

Trudeau opens Canada’s doors to immigrants
Justin Trudeau showed a very generous heart in the matter of immigration. The Liberal Party promoted immigration to Canada in 2015. Statistics from his Express Entry program say that 3.4 million outsiders were granted permanent residency status in Canada. The largest number of these were Indians. In this, 25% of the people of India were given Canadian citizenship, followed by China (9%) and Philippines (8%). Due to immigrants, Canada’s population increased by 80% in 2019 and was the highest among the G-7 countries.

Large number of immigrants after the pandemic
The number of immigrants to Canada decreased significantly after the Kovid in 2020. During the Kovid epidemic, priority was given to those with Canada Express Entry, who were allowed into the country and restrictions were eased. Yet in the first quarter of 2021, 70,500 immigrants were granted Canadian citizenship. This means that there is a lot of support for immigrants in Canada and it is not even a big issue in this election, but issues like home for all, epidemic prevention, healthcare and climate change have become important here.

Conservative Party can also promote immigration
The Liberal Party has achieved its immigration goals. However, the Conservative Party has not set any such target for immigration. Instead it has proposed a super visa program. In this, new Canadians will be allowed to visit their family members. This move will benefit international students and foreign workers seeking temporary visas.