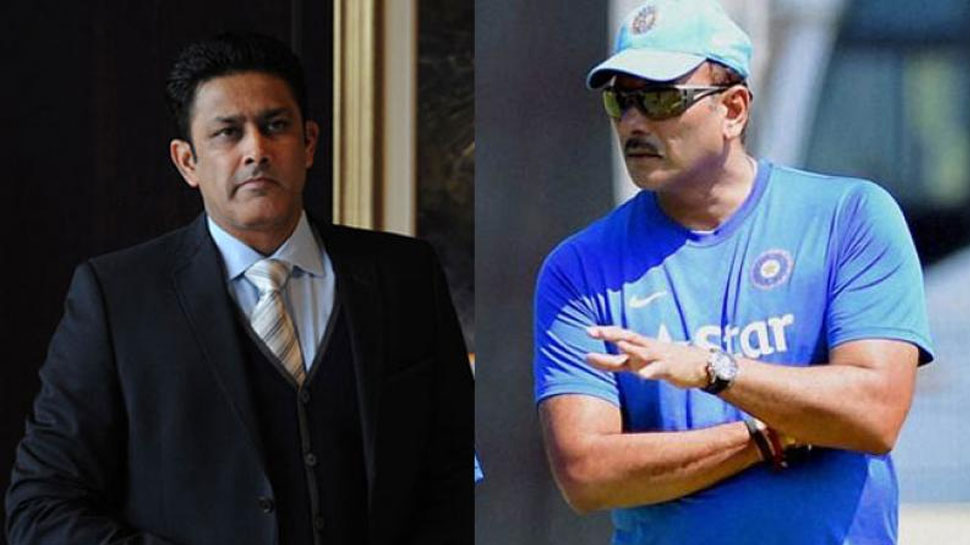 New Delhi: There are going to be a lot of changes in Team India after the T20 World Cup this year. In T20, a new captain and a new coach will be entered in the team. Many questions are being raised on who will take over the post of coach after Ravi Shastri. But in the meantime, great news has come for the fans.

Kumble can become the coach of Team India

Ever since Virat Kohli left the captaincy of T20, there is talk of making Rohit Sharma the captain. But in the meantime, there have been reports that after Ravi Shastri, Anil Kumble can be the coach of the team. After the T20 World Cup, the tenure of head coach Ravi Shastri, bowling coach Bharat Arun and fielding coach R Sridhar is coming to an end. That is why BCCI is once again thinking to make Anil Kumble the head coach. According to the news of the Indian Express, now a way is being searched to bring back Anil Kumble. It is believed that BCCI President Ganguly wanted Kumble to continue as coach in 2017 as well.

As soon as the news that Anil Kumble can become a coach came in the media, the fans on Twitter could not stop the joy and they started giving a great reaction.

Anil kumble to Virat after getting appointed as coach again after 4 years : pic.twitter.com/7J0VEFujrs

Kumble has done a good job with the team, what led to the differences before 4 years doesn’t matter to anyone as everyone has moved away – he is definitely a good option. It needs to be seen if he agrees & come again. He can take the team forward. (Source – ANI)

BCCI wants a strong personality as head coach, who can take the team through the transition phase. Whether the captain likes it or not, is not the question anymore. BCCI see Kumble as the ideal one to take over from Ravi Shastri.

Arrogant Kohli should be tamed, so that he won’t neglect great players like R. Ashwin for his beard gang members…
Anil Kumble is the most suitable to become head coach of Team India#bcci

Shastri in no mood to extend the contract

The tenure of the current coach Ravi Shastri is ending only after the T20 World Cup. According to InsideSport, Ravi Shastri himself has refused to extend his tenure. However, no talks have taken place between BCCI and Shastri yet.

Malaika Arora and Arjun Kapoor Spotted Together after dinner date | Arjun-Malaika came out of the restaurant hand in hand, hurriedly got into the car