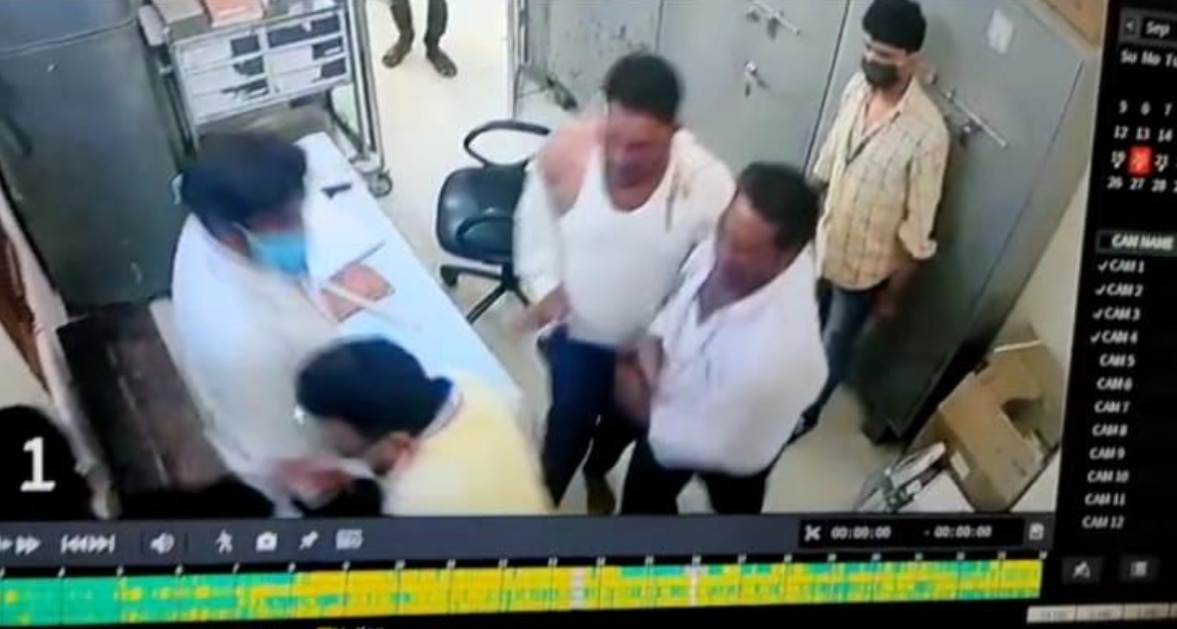 Alwar: In the community health center of Rajgarh town, a case of indecency has come to the fore by the relatives of the patient by assaulting the doctors and nursing workers. Medical in-charge Dr. GP Meena told that on September 20, at around 4 pm, some people had come to the hospital with a poisoned person, who was made to lie down in the MOT for treatment.

Also read-The ruthless murder of a history-sheeter in broad daylight in Jaipur, head first crushed with a bullet and then a stone.

Along with this, he told that a case has been registered in this regard in the police station. On the other hand, Pediatrician Dr. Mahesh Meena told that a case of poisoning had come in the emergency at around 4 pm on Monday, when the tube was installed for his treatment, then one of the family members who came with him removed the tube. He told that when he was going to see the patient, he did not allow him to reach the patient and scuffled and beat him up.

When the on-call physician was called for treatment, he also did not allow him to reach the patient and beat him up too. Dr. Mahesh Meena told that they took the patient without treatment. In this regard, the officer-in-charge of Government Community Health Center, Dr. Girraj Prasad Meena presented the report on Tuesday and said that on September 20, Dr. Mahesh Meena and nursing staff Jaswant, Khemchand, Srinivas were on emergency duty. At around 4 pm, Omprakash’s son Khushiram Meena, resident of village Ishwana, a patient of Poison Khurani disease, came.

To whom the nursing staff was doing first aid, while abusing, Khushiram Meena, a resident of village Ishwana, came inside the unit and as soon as he came, interrupting the treatment, dragged the treated tube and threw it away.

Also read-JEN Recruitment 2020: Recruitment has been done for more than 1 thousand posts.

It was told in the report that the nursing staff slapped Srinivas, beat him up and threw the documents here and there, vandalizing the items on the chair-table. Dr. Mahesh Meena, who was going to treat the patient, was also stopped inside the unit on the way and beat him with kicks and punches using violence. After this, Dr. Ramchandra Yadav was called on the call, while beating him, he did not allow the patient to be treated and while pushing and forcibly took the patient without treatment.

The police have started investigation by registering a case under various sections including obstruction in official work.