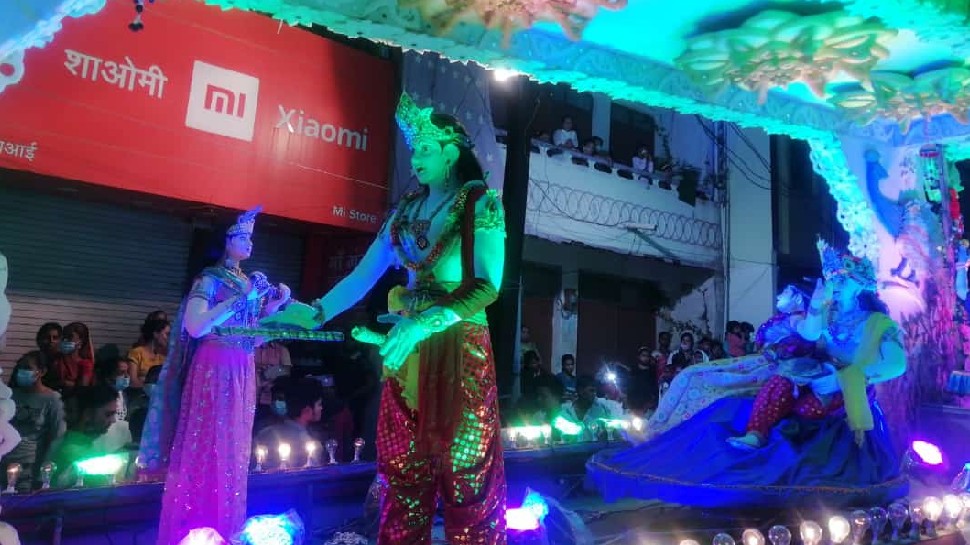 Virendra Vashinde/Barwani: Ganesh Visarjan took place across the country on the occasion of Anant Chaudas on Sunday. In Madhya Pradesh too, immersion took place at many places, but in the Barwani district of the state, the old atmosphere was again seen during this period. After a long wait of two years in the city, famous tableaux were taken out on the occasion of Chaturdashi. A crowd of people gathered across the city to see them.

20 tableaux came out in the city
With more than 20 tableaux from the old collectorate square at the Barwani district headquarters, an amphitheater also came out across the city. Which reached their respective places from Jhanda Chowk, MG Road, Devisingh Marg and Kalika Mata Mandir via Mahalaxmi Guest House in the city. In this program, which started at around 7 pm on Sunday evening, the tableaux reached their respective places at around 9 am on Monday. At the same time, about 15 tableaux were taken out in Sendhwa.

Also read:- In the religious program, the bar-girls danced! Obscene dance done in front of children, was organized without permission

people gathered across the city
People from all over the district thronged to see this pleasant atmosphere of the city returned after a long time. People also came from the surrounding villages and saw the beautiful tableaux. During this, along with the floats, songs were also played on the DJ, in which people from all over the city danced.

During this, the administration also remained on alert, policemen were deployed everywhere. At the same time, the entire program was also monitored by senior officials.

Also read:- Shradh 2021: Do not do this work even in Pitru Paksha, do this work to please ancestors in Shradh