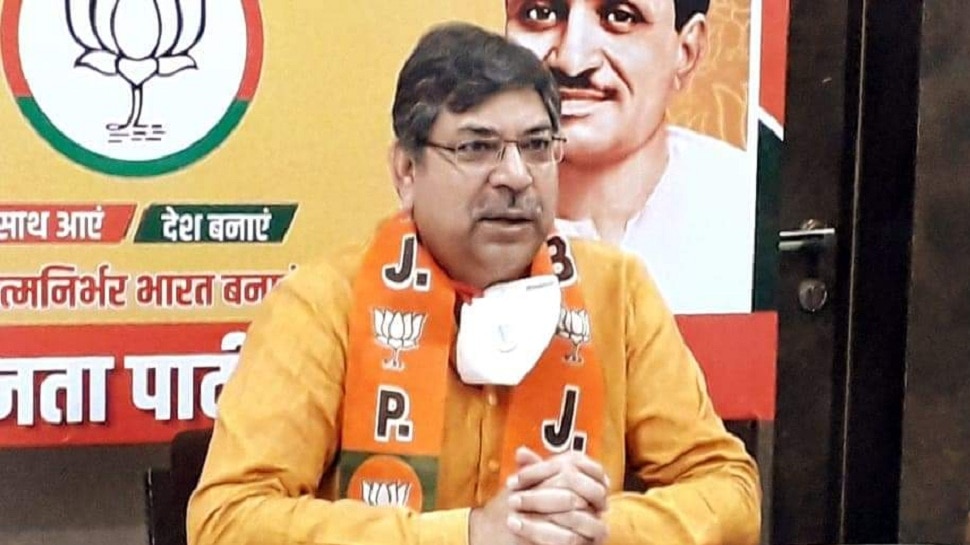 BJP state president Satish Poonia, who arrived at the Jaipur district chief Ramadevi’s taking over ceremony, made a strong attack on the Congress in a conversation with the media. Regarding Chief Minister Ashok Gehlot’s tweet, Poonia said that I do not know whether Ashok Gehlot believes in the words of Alakman or whose opinion he believes, but only a scared person can give such advice. The person under whom the ground slips and the legs of the chair move. Jumma Jumma There is a Congress government in two and a half states, now after Amarinder Singh it seems that even his big leaders are getting disillusioned with the Congress party. It was already heard about G23, now it seems that the Congress party is counting its last breaths as a matter of thought. Poonia said that Gehlotji is more concerned about his chair, but only he can tell why he has advised Amarinderji.

I hope that Capt. Amarinder Singh ji won’t take any step that could cause damage to the Congress party. Capt. Sahib himself has said that the party made him CM and allowed him to continue as CM for nine and a half years. pic.twitter.com/rqJfzzxUp3

Also read- Rajasthan Weather Update:30 By September, there is a lot of rain in the state! warning issued

On writing about the fascist forces in CM’s tweet, Poonia said that he might have said this for Soniaji. In this country, Soniaji’s mother-in-law implemented the Fascist Raj by imposing emergency. The policy of Congress has been fascist, dynastic familialist, there is neither democracy in that family nor in the party. If it had not been so, then it would not have been out of power.

On the question of cabinet expansion in the state, Poonia said that this question has become like Amitabh Bachchan’s Kaun Banega Crorepati. There is neither the basis of the question nor the answer to the question is being found, neither people will be able to get the reward. It seems that the reorganization of the cabinet is a bigger task than the rest of the problems in Rajasthan. But it does not seem that there will be a reorganization, many coats were left unstitched, many of Mungerilal’s dreams remained. Neither Radha will dance nor will there be nine minds of oil.