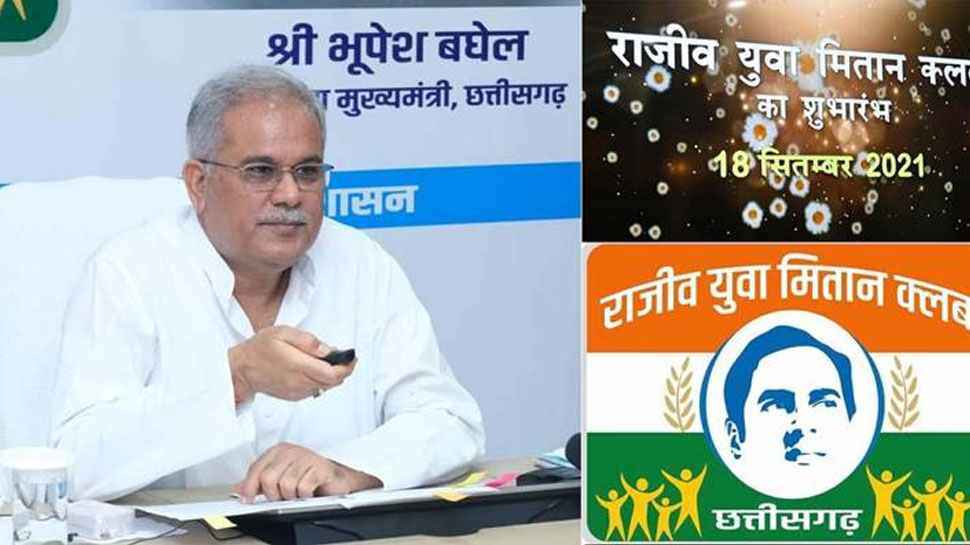 Chief Minister Baghel also released an amount of Rs 19.43 crore to the districts for the formation and operation of Rajiv Yuva Mitan Club in this program organized at the Chief Minister’s residence office. For Rajiv Yuva Mitan Club, Chhattisgarh government has made a provision of Rs 50 crore in the budget. One lakh rupees will be given to each club for conducting creative activities in a year at the rate of 25 thousand rupees every three months. A grant amount of Rs 132.69 crore will be given to 13269 clubs in the state throughout the year.

On this occasion, Bhupesh Baghel said that Rajiv Yuva Mitan Club scheme has been started in the state of Chhattisgarh to realize the dream of youth India of former Prime Minister Bharat Ratna Late Rajiv Gandhi. Through this, we are moving one step further towards creating a new Chhattisgarh. By starting this scheme, we are going to fulfill our resolve, which we had included in our public manifesto. Its purpose will be to organize the youth of the state and use their energy to build new Chhattisgarh. The Chief Minister further said that it is the responsibility of the government to nurture young talent and provide them a suitable platform. Youth power is an important capital for the development of the state.

The program was also addressed by Health Minister TS Singhdev, Agriculture and Water Resources Minister Ravindra Choubey, School Education Minister Dr. Premsai Singh Tekam, Forest Minister Mohammad Akbar and Sports and Youth Welfare Minister Umesh Patel who were virtually involved in the program. Singhdeo said that this is a revolutionary program to organize the youth power of the state and connect them with creative works. It is being started in the state under the leadership of Chief Minister Bhupesh Baghel. The formation of Rajiv Yuva Mitan Club is a commendable step for the all-round development of the state.

Asia’s largest sanctuary to be built on 2500 acres in Chhattisgarh, CM Baghel inaugurated

In the beginning of the program, Secretary, Department of Sports and Youth Welfare, NN Ekka gave detailed information about the provision of Rajiv Yuva Mitan Club. He said that in compliance with the announcement of Chief Minister Bhupesh Baghel on the occasion of State Youth Festival 2020, Sports and Youth Welfare Department, Rajiv Yuva Mitan Club would be formed at ward level in Gram Panchayat and urban bodies. The registration of the club will be under the Firms and Societies Act. Each club will have 20 to 40 youths. Whose age will be between 15 to 40 years. A ministerial level committee will be formed under the chairmanship of the Chief Minister for the implementation, supervision and guidance of the scheme. The chief secretary will be the chairman of the state level executive committee. Committees will also be constituted at district and sub-division level. The ministers in charge of the districts will be the custodians of the district level committee.