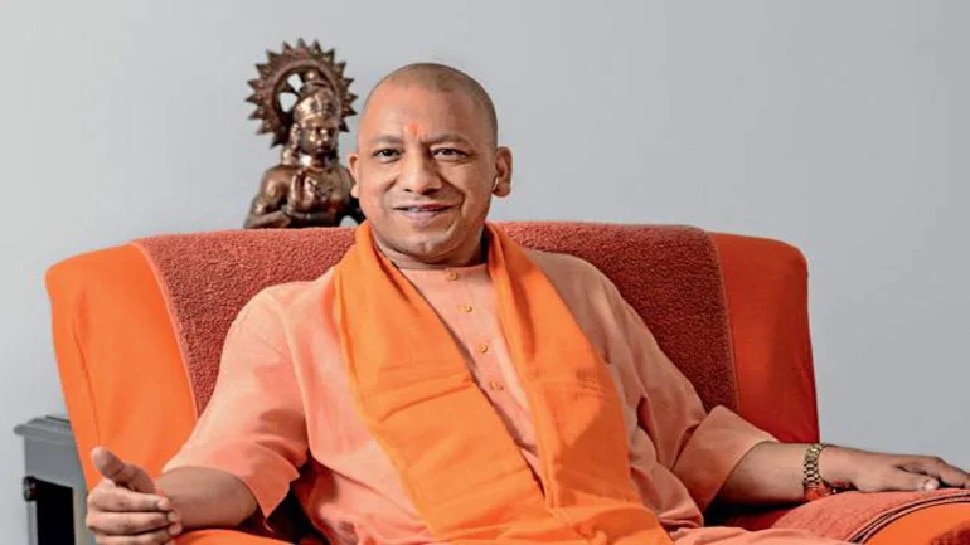 Lucknow: On the completion of 4.5 years of the Uttar Pradesh government, Yogi Adityanath, the head of the state, presented the report card of the government to the public today. In the speech, CM Yogi thanked the 24 crore people of the state. He said that he is grateful to Prime Minister Narendra Modi, the guardian of the country, under whose able guidance the UP government is completing four and a half years. A state with a huge population like Uttar Pradesh, where two things are a challenge – first security and second good governance. By working here, the government has changed the perception of the state in the country.

thanks to the public

At the same time, CM Yogi said that the state government has been getting the continuous support of the administration, organization, government as well as the central leadership. The CM has thanked Prime Minister Modi, Home Minister Amit Shah and all the Union Ministers and the organization. Also, thanking 24 crore people, the CM said that the success achieved in 4.5 years is the result of everyone’s cooperation.

First the fear of the mafia, now the mafia itself is in fear

CM said- This is the same Uttar Pradesh, where riots had become the trend of the state earlier. This is the same state where the goons used to maintain an atmosphere of fear by getting protection from mafia power. In the previous government, especially from 2012 to 2017, there used to be a riot every third day on an average, but in the last four and a half years we worked against it. Did the work of demolition-seizure against the mafia.

The poor get immediate help in times of disaster

In the previous governments, if there was any disaster in the state, the poor did not get any rescue remedy for months, but today the government stands with the public in any disaster with compassion. 24 hours support is available. Today, the government is giving appointments to the youth of the state in a transparent manner on the basis of merit, not by looking at the face. Earlier, when the recruitments used to come out, the entire family used to leave with a bag for recovery. But this government has given 4.5 lakh jobs in 4 and a half years.

Build houses for the poor, not for yourself

Earlier Chief Ministers used to demolish the houses of others to build their haveli. We have built houses for the people of the state, not for ourselves, in 4.5 years. Earlier it used to take years for the poor to get the benefits of the schemes, but now the government works to give benefits within 24 hours.

Large scale investment in UP

Along with security came large-scale investment in the state. Every investor in the country and the world wants to invest in Uttar Pradesh. Earlier, Uttar Pradesh was ranked 14th in the Ease of Doing Business, but now it is in second place. Investors have started leaving China and coming to Uttar Pradesh.

The safety of our sisters and daughters has always been our priority. We have formed Anti Romeo Squad. Pink booths have also been set up for the safety of women.

Sugar mills were sold between 2007 and 2017. Farmers were kicked in the stomach. We set up a new sugar mill. We did the work of running the closed sugar mills. The government has made every effort to provide employment in matters of welfare of farmers.

Tourism is also increasing in UP

Not only this, tourism is also increasing continuously in Uttar Pradesh. The CM said that the government presented new standards in the Kumbh. We also organized the most successful immigration day in Varanasi. We carried forward the heritage of the state. Earlier governments used to run away from Deepotsav, but this government also celebrated that celebration.

Previous governments used to buy through arhtiyas, whereas we bought directly from farmers and gave them money through DBT. Which is directly reaching them without middlemen. Our government got an opportunity to organize Prayagraj Kumbh. We showed the world, not the country, by streamlining security. Successfully demonstrated by doing Pravasi Bharatiya Sammelan in Banaras. Ayodhya Deepotsav, Barsana Rangotsav have done everything. Earlier governments were apprehensive in doing this.

State at number two in economy

In the year 2016-17, the state was ranked sixth in terms of economy, but today the state is the second economy state in the country. Our government did the work of Purvanchal Expressway, Ganga Expressway, Gorakhpur Link Expressway. Before 2017, there were 2 airports in Uttar Pradesh, today 5 airports are operational and are being built in Uttar Pradesh. Our government is doing the work of setting up 7 new universities within the state.

The entire country appreciated the Corona management of Uttar Pradesh during the Corona period. We will give every person a shield of security. Due to which 9 crore people have got the vaccine. The government has worked for every section.